My baby is in the hospital!! 😦 waaaaaa

A week ago from Thursday August 12th when I first began this post, I was driving home and got into a car accident! I am hoping that it was the last of my bad car luck. It was the third bad car situation that has occurred and everyone has been saying that bad things come in three’s. Before this my car was towed and while driving around, I got lost and Imade a right on red when I was not supposed too, which landed me a $200 ticket. BOOO. I don’t know why but I never have been able to perfect the art of talking my way out of tickets….

Anyway right now I am driving a bright blue Ford Focus. It has pretty good zip to it and nice handling, but nothing like my icebox!

I have been driving it to work and Lauren came down this week to visit and frolic with me in the streets of the M.I.A. I took her for her first Peruvian food experience which I have been HOOKED on ever since I left the bay. (Hats off to Roberto) 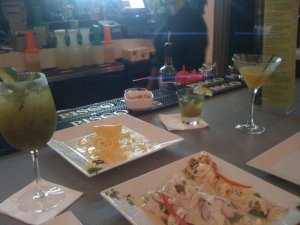 There is a place down here called Cerviche 105, its pretty much bomb. We did Dash, 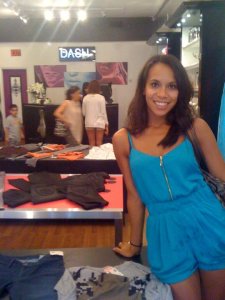 and LIV, which Lauren was not impressed with! Shocking I mean she has been living in Vegas and NY city so…. lol after we went over to Mansion and then ate Tacos at Crazy Mexican Tacos on Washington. Mmmmm they have bay area style tacos. We met Fat Joe at Cameo

and even fit in a little time in the sun. Here is a pic of us chillin.

So despite the blah of car bumps…that week ended very well. Will write more soon. I have a lot to tell you guys! PEACE!

I'm 24 years old and decided that this summer I was going to drive across the country and live in Miami. I'm a happy person who seeks peace and appreciates respect. This is my first blog. View all posts by M